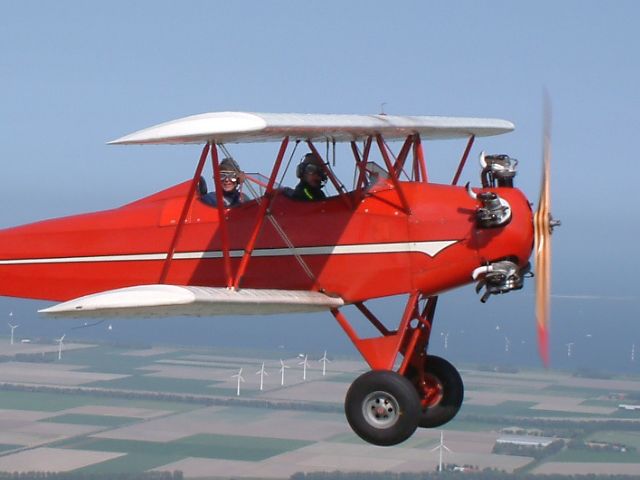 The Fleet biplane and its later offspring started life as the Consolidated “Husky Jr” in 1928 in Buffalo, New York. This was a development of a series of trainers produced in quantity for the Army and Navy of several nations across the world. The civilian version of this approved design was renamed the “Fleet” in honour of mr. Ruben H. Fleet, president of Consolidated for many years. Fleet Aircraft Inc. became a division of Consolidated. Fleets were later also built by Fleet Aircraft of Canada Ltd. Surprisingly, at fly-ins in the US these days a large percentage of participating Fleets are actually Canadian built. The Fleet gained early fame as a very strong and light biplane with a fuselage of welded chrome-moly steel tubes and fabric covered wings with spruce spars and aluminium ribs.. Production started with the Fleet 1 and ended with the ’21’. Models ‘1’ and ‘2’ were nearly identical except for their engines, respectively a 110 hp Warner ‘Scarab’ and a 100 hp Kinner K5. The model ‘7’ was basically a model ‘1’ or ‘2’ with a 125 hp Kinner B5 engine, larger tail surfaces to improver directional stability, and some parts of the airframe reinforced. The name Fleet dissappeared with Consolidated in 1939. Fleet Aircraft of Canada ceased operations in 1957. In Europe only two Fleets are in flying condition, one in Spain, the other with Early Birds Foundation in Lelystad, NL
Part of text from: The Fleet Story, International Fleet Club magazine and: The Fleet Biplane by Leslie E. Neville, 1929.