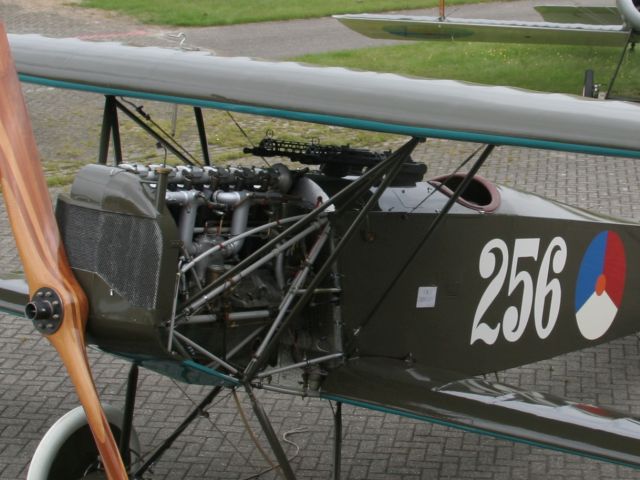 One of the great fighter aircraft of all times, and reputedly the best German single-seater of the First World War. Developed in 1917 the D-VII entered large-scale production by Fokker and Albatros immediately afterwards and began to reach operational units in April 1918. By the autumn of 1918 over forty  ‘Jagdstaffeln’ were equipped with the type and in the remaining months of the war the D-VII acquired a  highly operational record. A sensitive but delightful aeroplane to fly, the Fokker D-VII had an excellent all-round performance  including first-class manoeuvrability at altitude and the ability to “hang” on its propeller, together with it’s twin Spandau armament, was to spell the end of many Allied machine with which it joined in combat. At the time of the armistice Fokker had delivered 412 D-VII’s, and many more by licencees, and such was the reputation of the fighter that the Armistice Agreement singled it out  by name among the list of items to be surrendered to the Allies. Fokker however managed to smuggle several trainloads of D-VII’s to The Netherlands, later selling them to various governments.
Powerplants were the 160 hp  Mercedes D.III and the 185 hp BMW IIIa, both watercooled inline 6-cylinder engines.