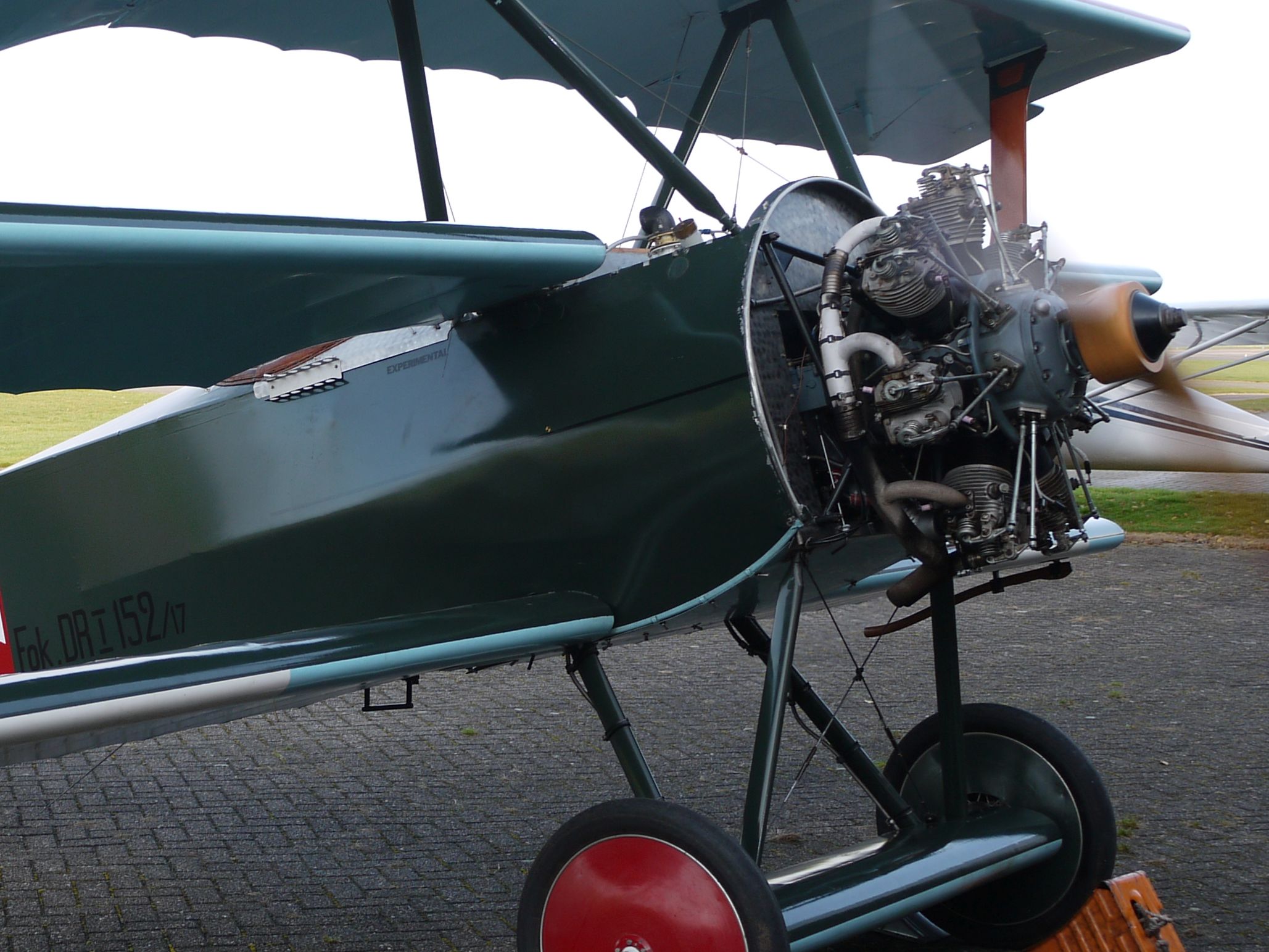 The type DR-1 was Fokker’s reaction to the success of the Sopwith-Triplane which was noted for its high rate of climb and its agility. Fokker built a fighter in the same class of planes which could compete with existing Allied fighters. The first DR-1’s began to reach fighter squadrons during august 1917 but were suspended from operations from October till December to rectify a fault in the wing construction. A number of celebrated German Pilots flew the DR-1 among whom Manfred von Richthofen, the “Red Baron” who gave the plane its fame. Von Richthofen made his eightieth victory before he was killed whilst flying a DR-1.
It is agreed that a DR-1 is a pleasure to fly but a difficult plane to land, or rather for the pilot to remain in control over the plane after touchdown as it will easily swing into the dreaded “groundloop”. For that reason wooden sticks were mounted under the lower wings to prevent the tips from touching the ground and being severely damaged.
The twin machineguns fired through the propeller circle without hitting the blades, made possible by an interrupter gear which caused the guns to stop firing at the right time. Although Fokker may not take credit for inventing the mechanism, he perfectioned it and was the first to apply it to his aeroplanes.