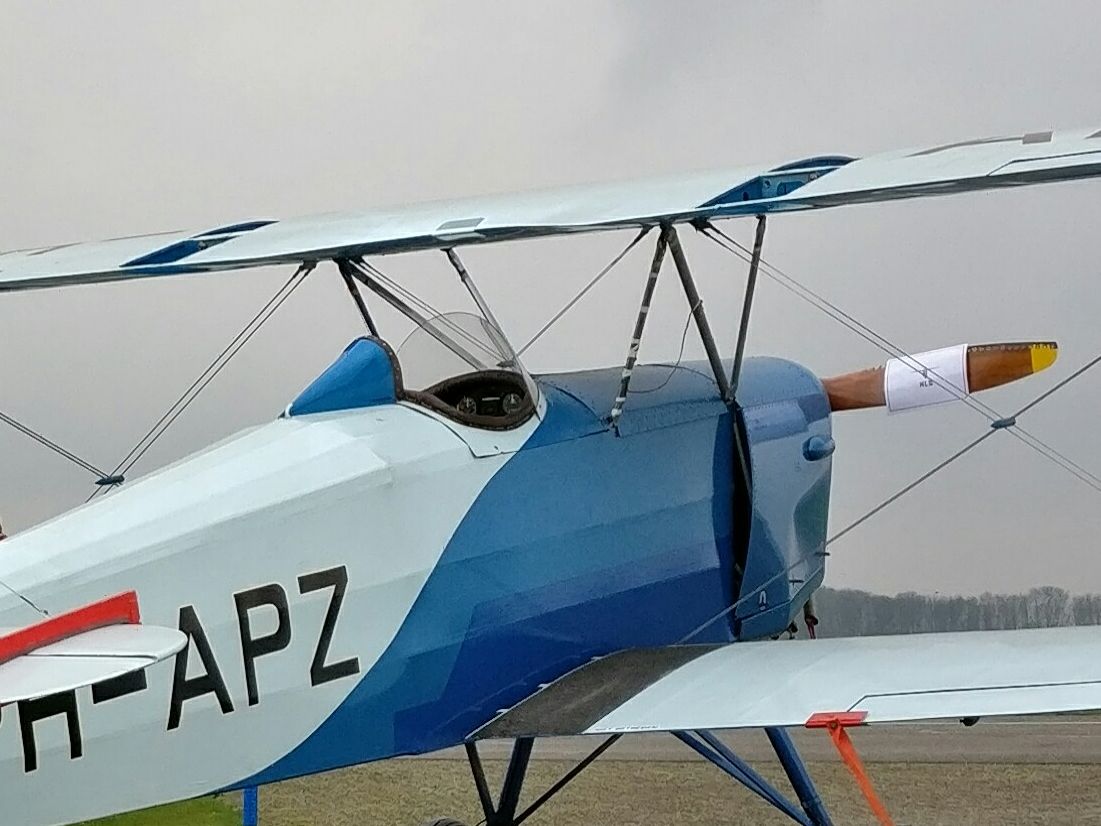 The story of the Lambach HL II starts at the annual Whitsuntide Flying Festival at Groningen airport in the year 1936. Because of the supremacy of the Germans, several leading Dutch industrials and prominent sport pilots got the funds for a Dutch aerobatics airplane. At the same time the young Delft engineer Hugo Lambach had made some sketches for such an airplane, and with this assignment he could realize his dream. The production work started in January 1937 and it took only five and a half months to build the biplane. After her maiden flight on May 2, the test pilot Schmidt Crans praised the excellent flight characteristics. At the 1937 Whitsuntide Flying Festival, just two weeks after its maiden flight, the newly built Lambach aircraft achieved a marvelous third place in this competition. However, this fortune did not last for too long. In the morning of May 10 1940, at the start of World War II, the aircraft was destroyed during German bombing raids at Ypenburg airfield, near The Hague. Only a set of drawings survived.

For construction of this new plane, designated as HL.II, Lambach founded the Lambach Aviation works in January 1937. It was housed in the ‘Starlift’ elevator factory at Voorburg near the Hague. The HL.II was flown for the first time from Ypenburg airfield on May 4, 1937 by Hein Schmidt-Krans, carrying the civil registration PH-APZ.

The plane demonstrated excellent flying characteristics, but because there was little time to practice for the next aerobatic contest held at Eelde airfield it scored a 3rd place only with German pilots on 1st and 2nd place. Pilot on the HL.II during this event was again Schmidt-Crans. After this contest it was handed over to the national aviation school NLS for training of future aerobatic pilots. However, during the 1938 aerobatic contest the Germans won again very convincingly! Pilot of the HL.II on this occasion was Dick Asjes who finished at the 7th and last place.

Because of the worsening international situation no contest was held in 1939. During the five-days war in May 1940 the HL.II was destroyed at Ypenburg by German bombs. Although Hugo Lambach designed as the HL.III an attractive high-wing twin-engine passenger plane the Lambach factory was soon closed and Hugo Lambach joined the Fokker aircraft works.