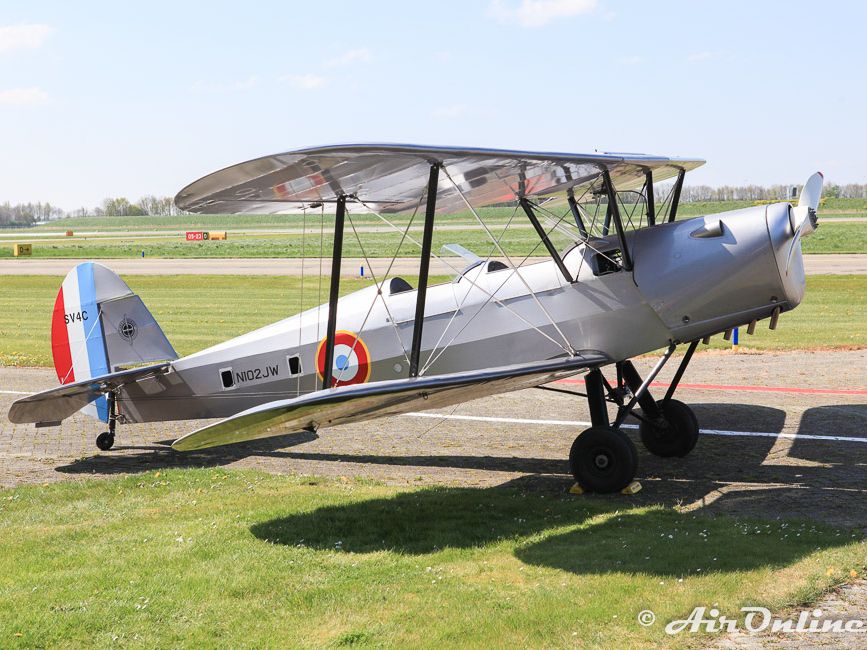 Stampe & Vertongen was a Belgian aircraft factory producing several types of biplane light aircraft in the thirties and forties of the last century. Simply referred to as the “Stampe” the model SV4 served by the hundreds in Belgium and France as basic trainers. SV4’s were built in Belgium as well as in France and Algeria; in the latter cases it was fitted with a Renault engine and was designated SV4.C. The Belgian made Stampes were powered by a De Havilland Gipsy Major, the same engine which propelled the Tiger Moth. Flying characteristics were excellent, roughly between those of a Tiger Moth and a Bücker “Jungmann”, two training aircraft from the same era.