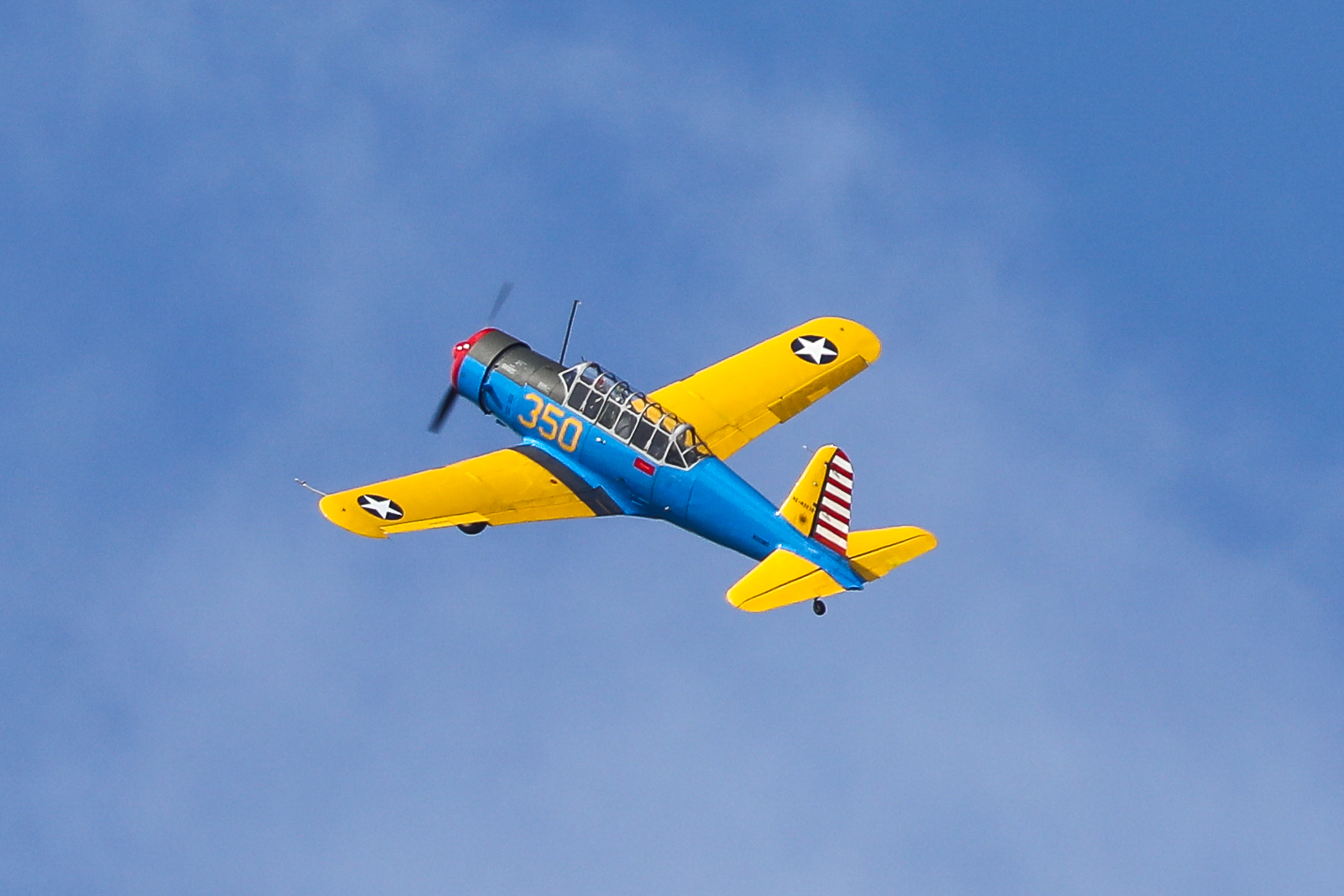 The Vultee BT-13A is an aircraft that was essential to the training of allied pilots during World War II. Although originally designed as a fighter plane, the Vultee was later converted to a basic trainer for the US Army Air Corps. In this Basic Trainer, many pilots first learned to fly a relatively heavy and more powerful airplane after being trained on a primary trainer, a Stearman or a Cornell. Among them were the pilots of the Royal Netherlands Military Flying School at Jackson Army Airfield (May 1942 – February 1944). On the Vultee BT-13A the pilots were trained in formation flying, night flying, navigation and aerobatics. Most of the students trained 60 to 70 hours on this aircraft over a period of approximately 3 months. Afterwards the pilots continued flying on either the North American T-6 Texan or the Beech AT-11 Kansan.
After the war, many of these aircraft were sold to the civilian market. Our founder Jaap van Mesdag was one of the first to buy this big radial engined aircraft. He spent his first hours in the sky, being instructed in one of these machines. This started a career that culminated in the Early Bird’s unique collection.

For this reason, and the fact that there are only two other BT-13’s flying in Europe, the Early Birds Foundation is very proud to present this new member of the collection, the Vultee BT-13A.