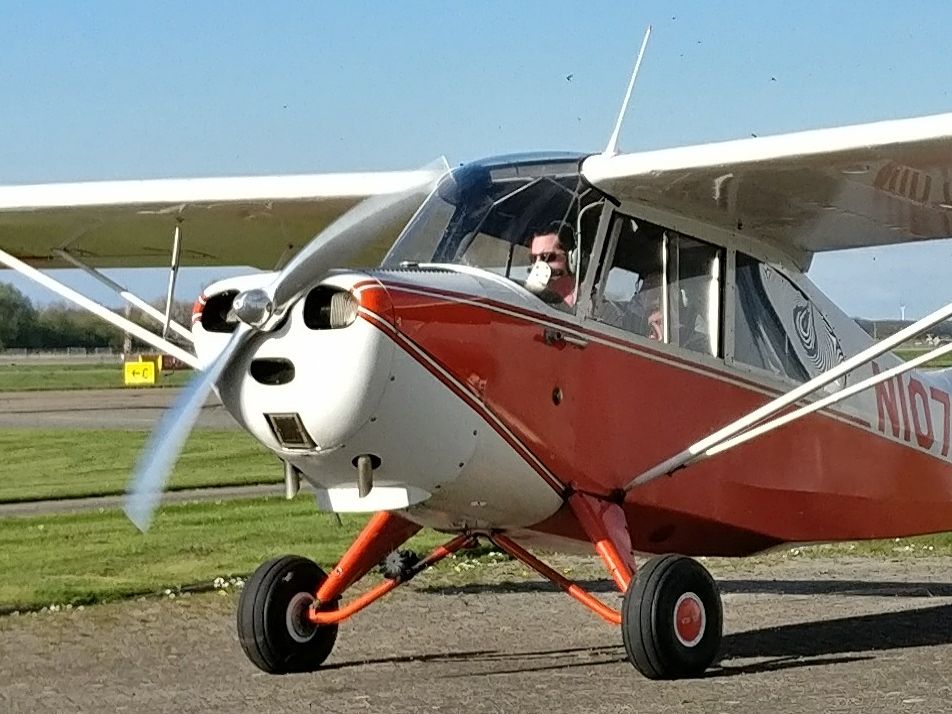 The Aeronautical Corporation of America produced light aeroplanes from 1928. During and after World War II Aeronca developped the Model 7 as a commercial answer to the Piper “Cub” but with the intention to build a better “Cub” which would be more spacious, more comfortable and without chilly draughts. The Champion is of conventional construction with a steel tube fuselage, tail, landing gear and wing struts. The wing uses pressed out aluminium ribs slipped over spruce spars. The entire airplane is covered with doped fabric. Most have 65 hp Continental engines but later models were built with 85 hp and 90 hp Continentals. A few have been modified for Lycoming power.
Flight characteristics are very friendly to the novice pilot and in particular the forgiving nature in landing make this plane an excellent trainer. However many owners use the “Champ” as a fun plane. The limited endurance and low cruising speed do not make it a long-distance traveller unless the pilot has plenty of time. In the end five (basic) versions were built with increasingly powerful engines until in 1951 Aeronca closed its factory gates and production was ended. A new company called The Champion Co. purchased the rights to the 7-series but later sold it to Bellanca where it was redesigned for Lycoming power as the Citabria.