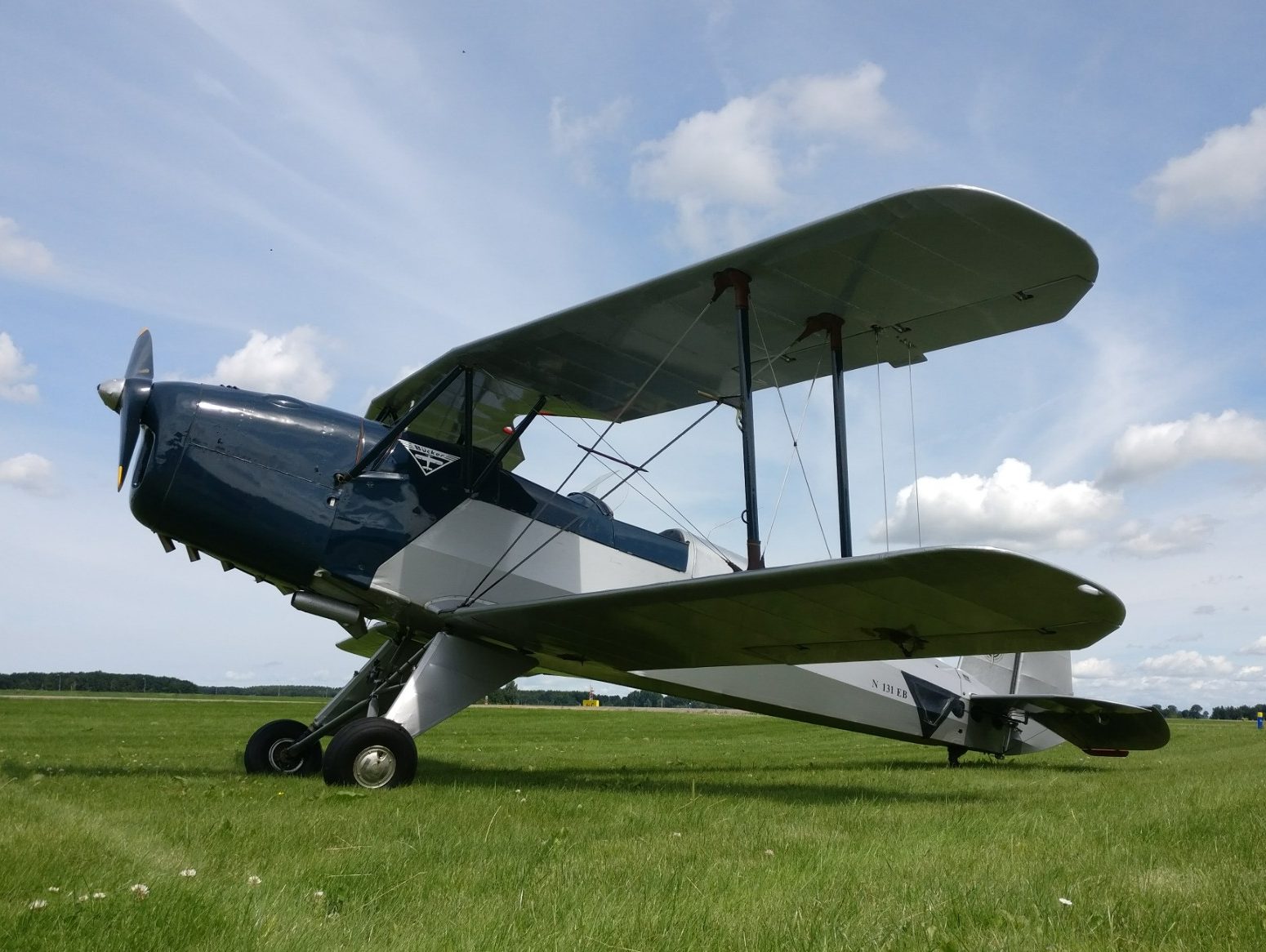 The Bücker ‘Jungmann’ is a biplane designed for instruction of pilots between the First and Second World War but which had a similar role long after the period. The ‘Jungmann’ is German by origin but its designer, Anders Anderson, is Swedish. It was built in substantial numbers in Germany, Spain and even in Japan. The plane was operated very successfully by civil flying schools and by the Luftwaffe. In its era the Bücker was of a most interesting construction. With its narrow wing chord and slim profile it achieved a remarkable speed of 180 km/hr powered by an engine of just 105 hp, about fifty percent faster than its contemporaries.
A few notable construction details are the four (!) ailerons, which are attached to the wings with self-aligning ball bearings, and the activation of the ailerons, elevator and rudder which is effectuated by pushrods instead of the usual cables. This makes the ‘Jungmann’ a very sensitive plane. Most of the “Jungmanns” presently still flying were built in Spain by CASA who kept the model in production until 1960. It was on active duty with the Spanish air force as late as 1984.