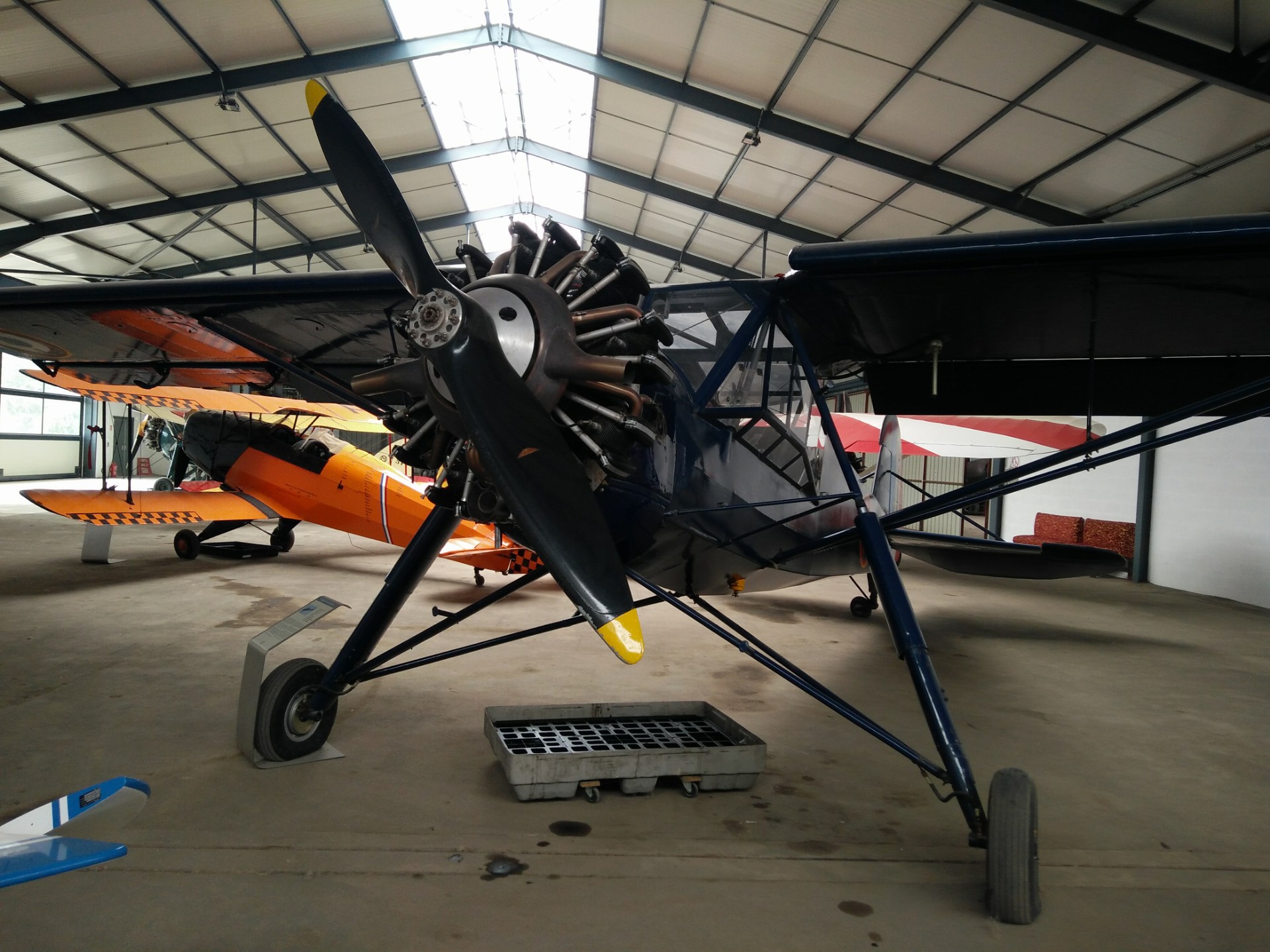 The Morane Saulnier MS 500 is the French version of the well known Fieseler “Storch”, the aircraft which mostly impressed the crowds not with its speed but with its slowness! In a reasonable headwind, it can actually fly backwards related to the ground, or touchdown with virtually no groundroll.

The design dates back to the the end of the thirties. Originally the Fieseler Fi-156 “Storch” was powered by a 240 hp Argus As410c engine. During the second world war the plane was widely used as a liason and observer aircraft. Mussolini’s escape from the Gran Sasso in a “Storch” brought the plane special fame.
During World War II several French aircraft factories were called in by the Germans to produce their machines. Morane Saulnier built 141 Storches in its plant at Puteaux. After the end of hostilities production was continued as the MS-500 “Criquet”. Several types with different engines were offered:
MS-500 : with 240 hp French built Argus engine
MS-501 : with 233 hp Renault 6Q
MS-502 : with 230 hp Salmson 9AB
MS-504 : with 304 hp Jacobs R-755-A2
MS-505 : with 304 hp Jacobs R-755-A2
MS-506 : with 235 hp Lycoming.

Morane Saulnier applied some design alterations. Most in evidence are the aluminium wings which replaced the wooden structures.
After WW-II the aircraft was used extensively by the French army and airforce. Its active duties ended sometime in the seventies, up to which time it was operated widely as a glider tug.