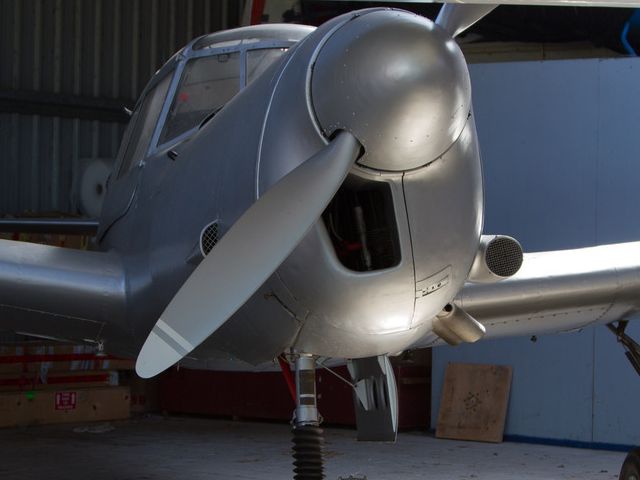 The Noralpha began its life as a development of the german Messerschmitt Me-108, a four-seat, tail-wheel liaison and communication aircraft. During World War II the French Nord Aviation aircraft factory was commited to build the plane. Nord modified the design to a tricycle gear version, the Me-208, and built two prototypes. After the war the original Argus inverted V-8 was replaced by a 6-cylinder inline Renault and was renamed Nord 1101 ‘Noralpha’. The parts handbook lists one third German Messerchmitt part numbers, one third French Nord while the remaining are French suppliers numbers. Without ignoring its ancestry it seems justified to regard the Noralpha as a separate aircraft type. Some two hundred Noralpha’s were built since 1946. Many served with the French Armee de l’air and the Aero Navale as the “Ramier’ until 1963. In a subsequent civil life many were used as taxi- or sports-plane. The Nord 1100 was a fine and fast machine, pleasantly light on the controls which were well matched, efficient and accurate. It was a pilots airplane, requiring permanent and precision flying.