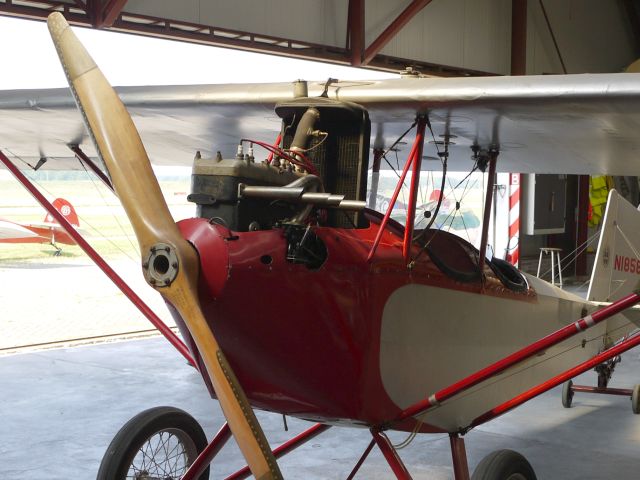 Some seventy years ago American Bernard Pietenpol designed a small and simple parasol winged airplane meant for the homebuilder: The Pietenpol Aircamper. This was to be the first-ever real “homebuilt”, over the years to be followed by several hundreds of the type. Pietenpol published the drawings in 1930 in the well known Popular Mechanics magazine and catered for an enormous public. As a powerplant he selected the A-Ford automotive engine which had been produced by the millions and hence easily available at brokers yards at five dollars apiece. The coolant radiotor is placed directly in front of the pilot, allowing him some slightly heated environment but effectively obstructing his forward view. Naturally this setup does not enhance the aircraft’s streamline. The Aircamper is said to have the aerodynamics of a farmyard barn but nevertheless only forty five horses take two people into the air. In America the Aircamper is still a popular design with some six hundred flying around. In Europe a small number of modern-engined models are to be found, mainly in the United Kingdom.