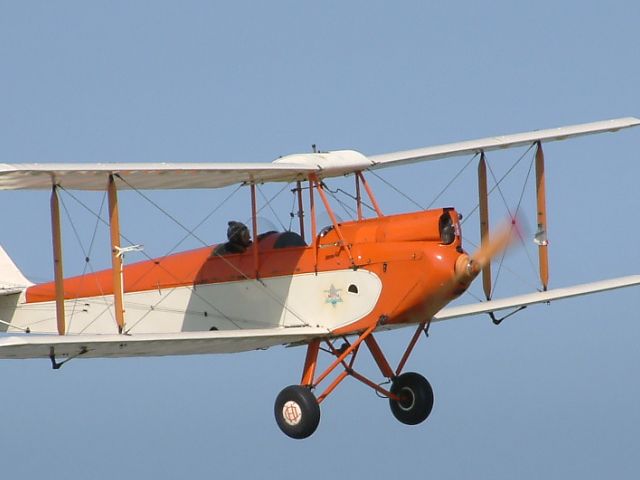 This aircraft greatly enhanced the development of light aviation in the twenties of the last century because it was relatively low priced and simple to maintain. A distinctive characteristic of this plane is its ability to fold its wings alongside the fuselage for easy storage. Even in the early days hangarage was a major cost item. In fact the Gipsy was meant for ‘the man in the street’: a comfortable good-natured summery two-seater which could be towed home with its wings folded. The Gipsy Moth mainly received its fame as a result of the solo flights of Amy Johnson, the first woman to accomplish a flight from England to Australia, and of Francis Chichester who describes his similar journey in his book “Solo to Sydney”. These flights and a 24-hours non-stop flight proved the reliability of the design.